Giddy up, theres been some giftin` going on 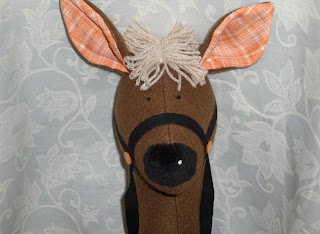 My little nephew was 4 this week and I decided that there may be enough mass produced plastic stuff in his life. Inspired by the book in my last post, I whipped up this little guy. (the one in the book was a reindeer so some changes were made in the antler for a mane department). I also opted for sewing the muzzle and eyes rather than painting them as suggested. 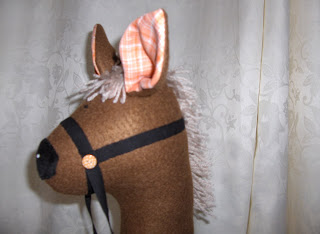 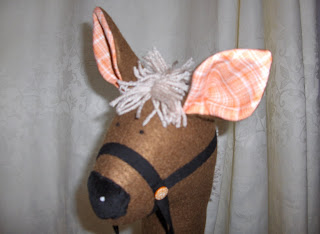 I thought some food for his new friend may also be a nice additon so transformed some felt in to apples and carrots and whipped up a mini sack from some burlap I had in my stash for a Christmas project I never got around to. Maybe this year. There is loads left so I will be fine. 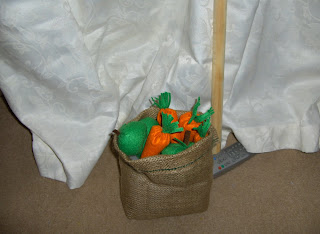 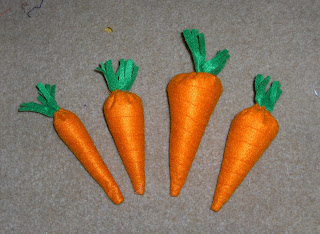 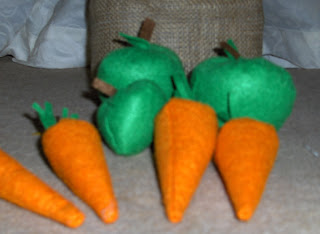 Should have moved the remote really but only just realised and its all at his house now. 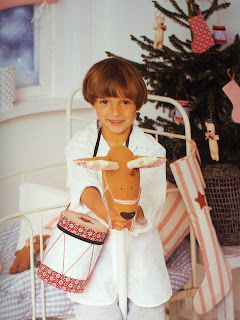 This is the patttern I used in Tildas  Christmas book.
Posted by Joy at 06:10