I had my birthday last week and  one of my gifts was The Gluten Free & Vegan Baking Book.  I am not vegan but definitely gluten free so was delighted with this.  Now, it has to said before I go any further, if you are in the UK like myself, some of the ingredients are a bit alien.  More about that in a bit.  The concepts used in this book are also somewhat different to the norm.  It is a delightful book. I can honestly say, I have never had my nose in a cook book for so long. I just cant leave it alone.  Never have I read all the forewords and blurb at the back before, but this one I definitely have.  It is going to take some experimentation, but I shall not be defeated.  I have had a couple of failures, but know what is wrong with one, if not the other.  I have had a good outcome with today's recipe and the look of glee on my taste tester sons face summed it up for me.  Any recipe book that can produce a cookie that is much healthier and still makes him smile like that has to be good. 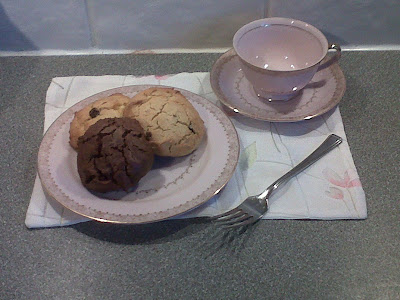 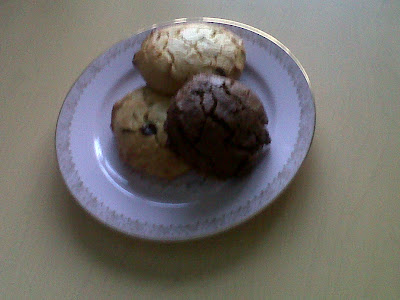 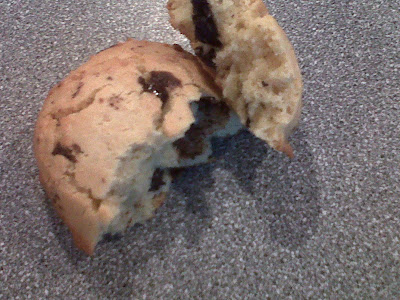 These photos are of the Chocolate Chip Cookies I made from the book.  I have to tell you, I did not use rice milk because I am not vegan, but ordinary semi skimmed.  Also the chocolate was not dairy free etc but none of these things I think would affect the finished result.  Also, you may notice I made some,  double chocolate ones too.  After the plain ones went in I added about an ounce of cocoa and about 2 tablespoons of water as cocoa really dries mixtures out.  This I am pleased to report was also a success but not in the book.
Some ingredients that are called something else in the UK

Garbanzo bean flour  = Gram flour, made from chick peas, like we use for bhajis.  I cant call it gram flour any more now. Garbanzo is such a good word!

Canola Oil  = rapeseed oil which is usually listed as vegetable oil here ( look on the back).  That said, I believe sunflower would be fine too.

Baking soda.  You prob know this one, but that's bicarbonate of soda, just in case.

That's what I found so far. Will update this list as I go along.
Posted by Joy at 02:07